This page is dedicated to the 1949 Lionel Showroom Layout

I first saw photos of the 1949 Lionel Showroom Layout almost 30 years ago. I was immediately impressed with the size first of all (16×32 feet) but then noticed that the real draw was the way the trains fit into the scenery so well. Sure there were loops of trains going nowhere but around in circles, but they did so very gracefully. This is probably the first time ‘tinplate’ trains were mated with ‘scale’ scenery. Sure all of Lionel’s accessories were present, but almost all of the structures were scratch built. All the scenery was fabricated. Not too many commercial products were used. First of all, there weren’t many available 60 years ago. But most importantly, the layout was built by artists, not train enthusiasts. It is hard to believe, but the whole layout was constructed in about 3 months by four men employed by Diorama Studios in New York. Arthur Zirul, William Vollheim, Robert Sherman and Steve Paganuzzi sometimes worked 20 hours a day to make the showroom ready for the buyers and public during the annual Toy Fair in February 1949.

We are currently in the process of re-creating the layout as it stood when it opened for the 1949 Toy Fair in New York City. A building to house the entire layout has been built. Most of the equipment has been secured and some work is underway. This is a task that will certainly take years to do properly, but it has been a lifelong dream of mine to see a lasting tribute built to this fine work.

As you entered the Showroom the first thing visible was the South West corner of the Layout. For orientation purposes, the underground platform stands at the South end,or front, of the layout, and the mountain is to the rear, or North end.

Click on the thumbnails below for a full size image. 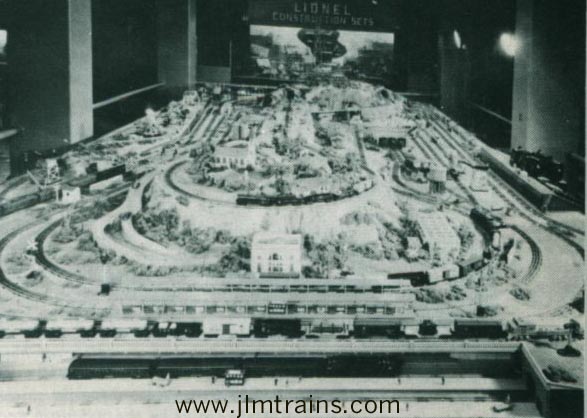 This is an overall view looking North from the front of the Showroom. 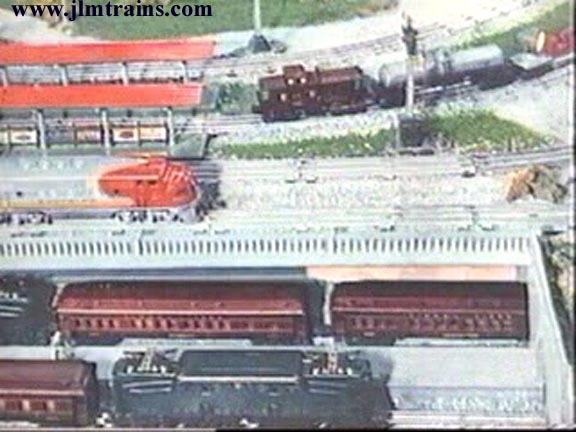 This is a close-up of the Underground Station area. 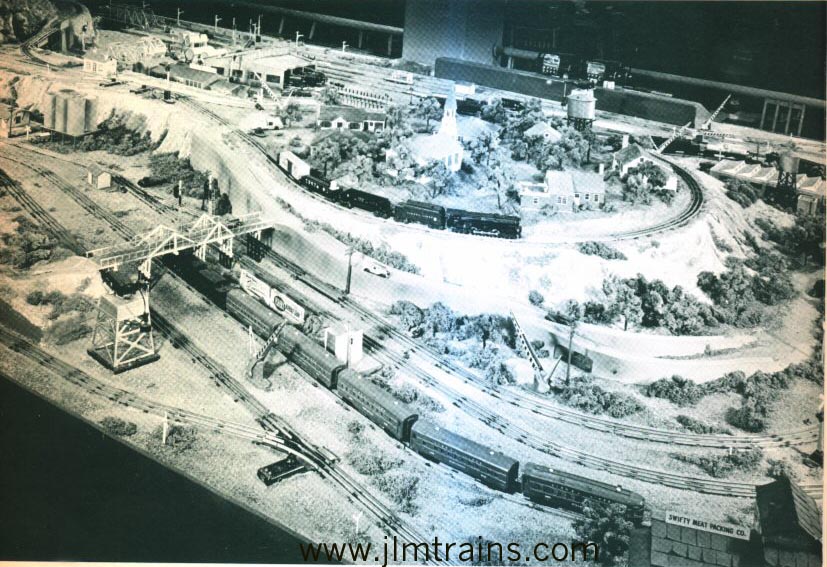 This is a view the South Corner looking Northeast over the Village. 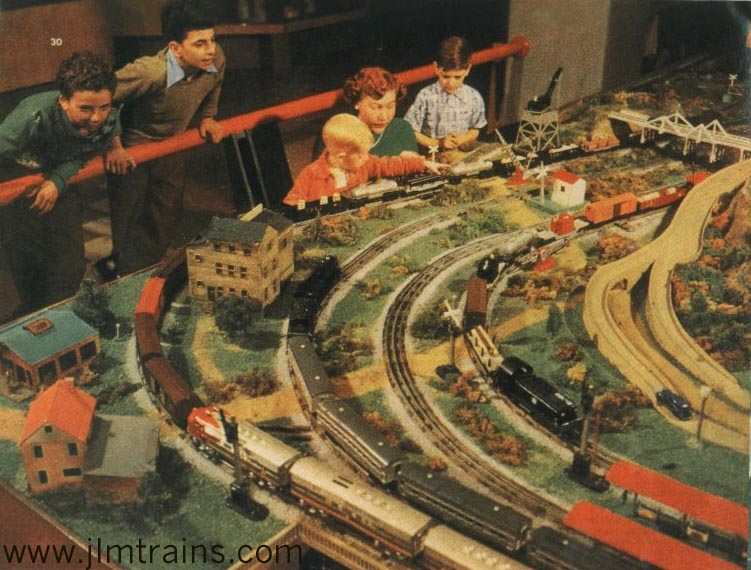 This is one of the few color photos known. It shows the South West corner. 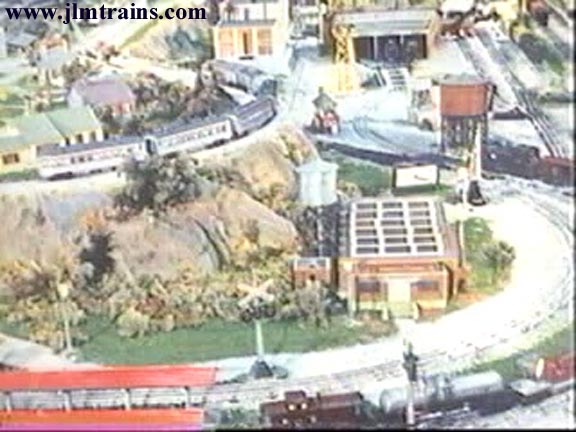 This color shot shows the opposite South East corner and the JLC building. 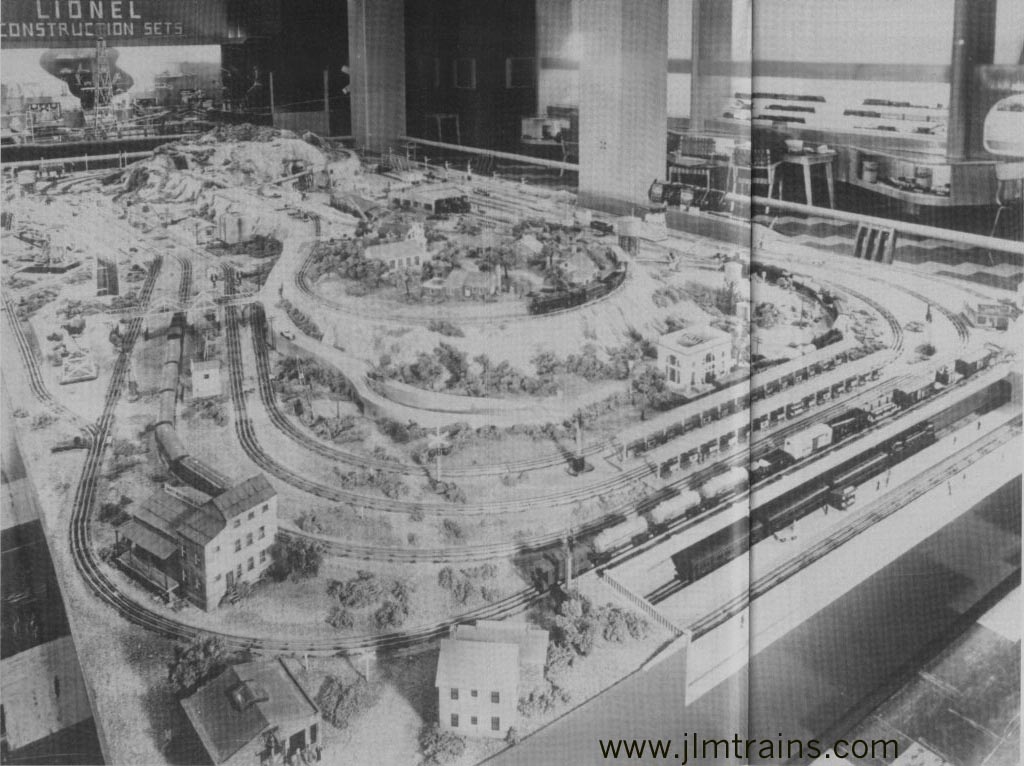 This is a view the South Corner looking North toward the Mountain. 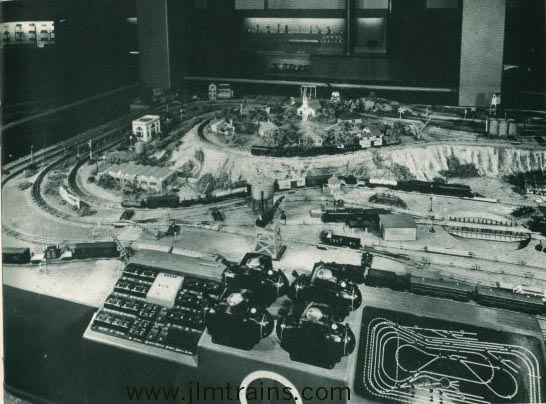 This is the massive Control Panel looking toward the upper level Village. 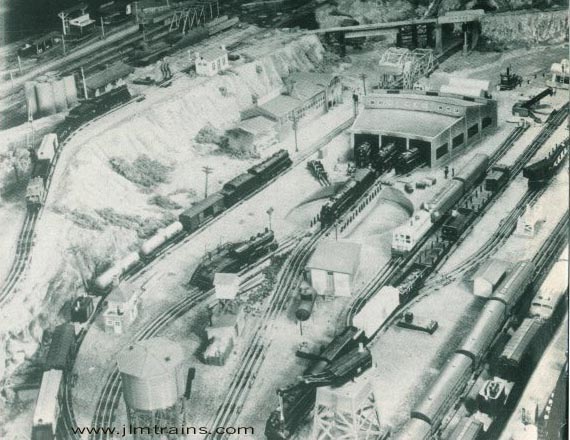 This is the Yard and Roundhouse area. 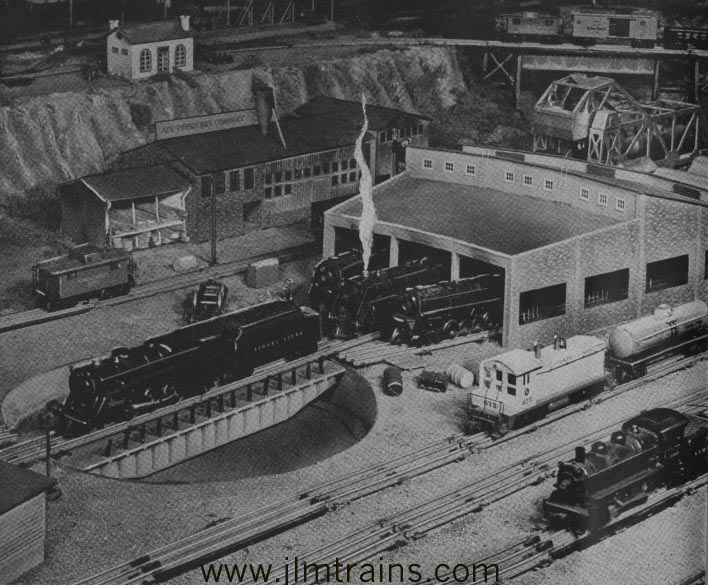 This is a close-up view of the Roundhouse and Ace Furniture Factory. 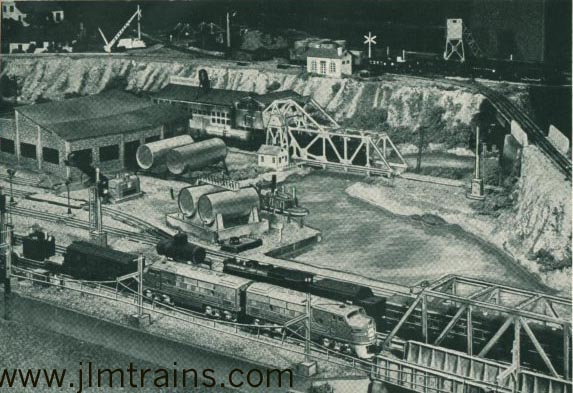 This is the Bascule Bridge area. 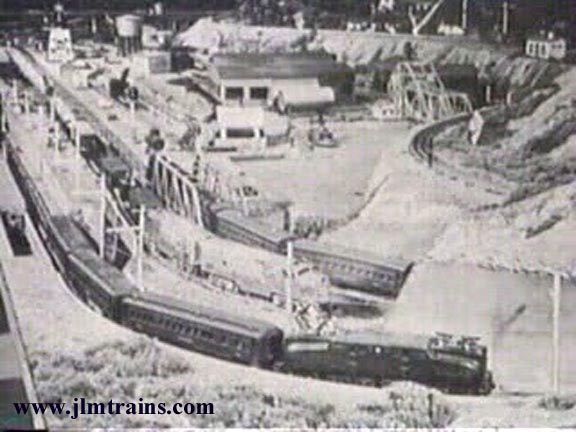 This is the North East corner by the Mountain. 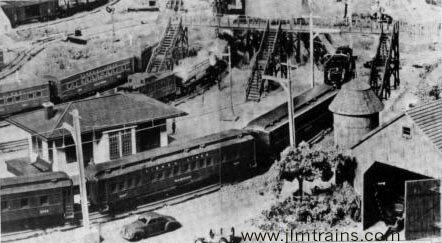 This is shot of the Farm in the North West corner. 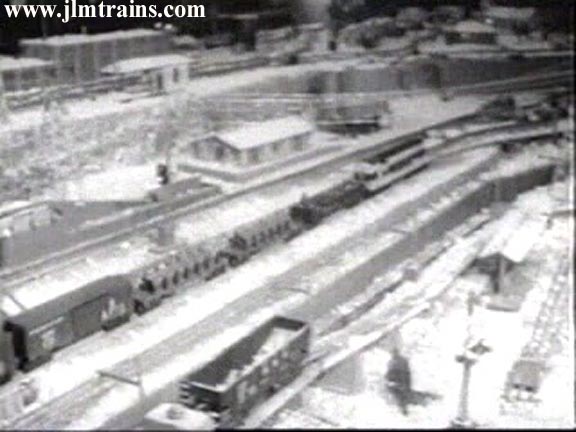 This shot is from the rarely photographed West side in 1957. 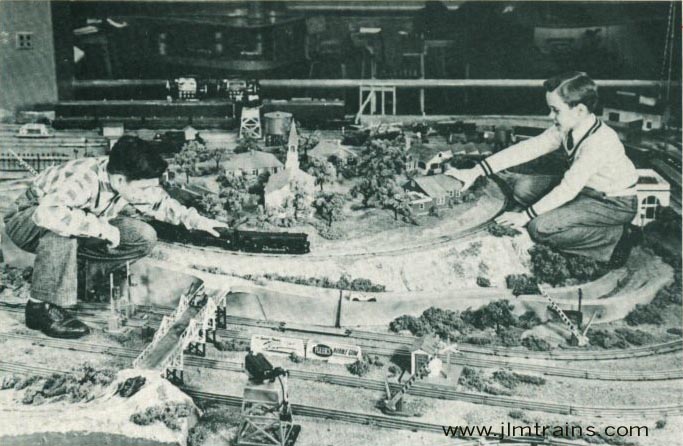 This is a view looking East across the Village. 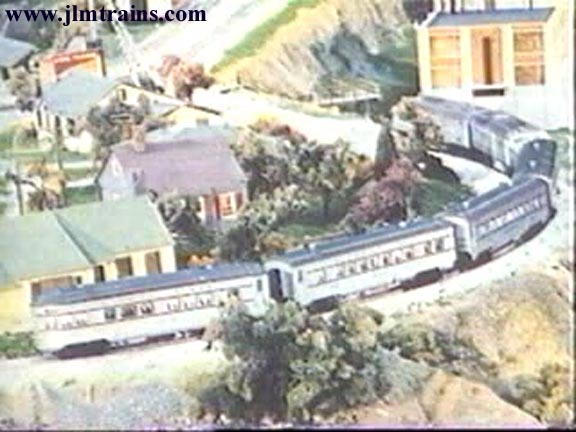 This is a color shot of the upper level village around 1951. 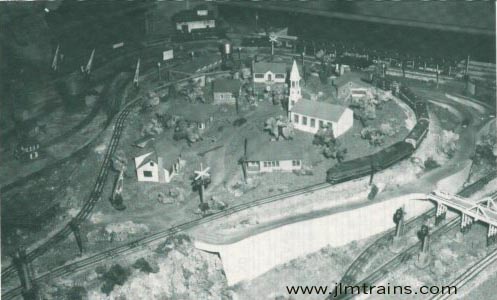 This is the upper level Village from around 1952. 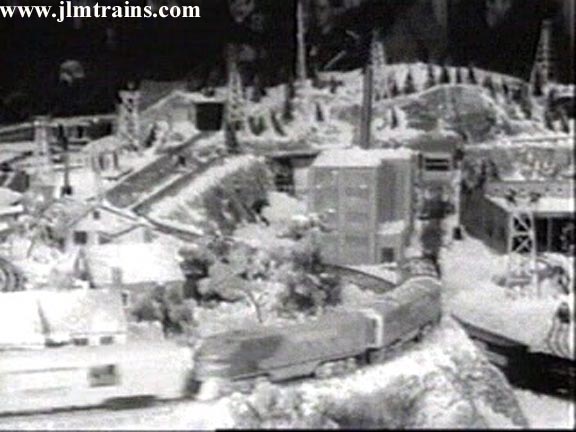 This photo is from 1957 and shows a “snow” scene in the Village.

This layout was featured in a few films. The most famous of which is probably Iron Ponies. Originally released by RKO Pathe in 1949, it showed the layout in its original form. Lionel re- released the film in 1952 with additional footage. Below is the entire film with the additional material added for the 1952 edit. In the scene can be found Official New York Greeter Grover Whalen and actor William Gargan along with the salesman.

Another film, entitled Railroad Story, was released around 1951 by Castle Films. Although there are scenes of real trains, a full three and one half minutes show toy trains. Much of this footage was shot in the Lionel Showroom. This clip has Lionel salesman Myles Walsh demonstrating the layout to a young boy.

This clip is from a newsreel from 1957. The layout was covered with “snow” and many of the new trains can be seen running. Included are the Virginian FM and 665 steamer. This may be one of the last films taken before the layout was dismantled and the Super “O” layout was built.